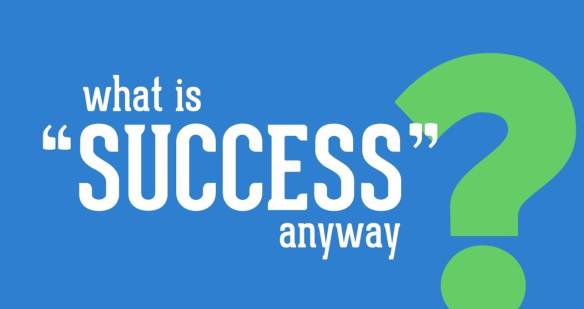 I saw something yesterday about managing a successful blog.  I wasn’t looking for that topic; it came up in a post on another blog I follow and it got me thinking.  I’ve not really considered whether or not I’m “succeeding” at blogging.  What is success anyway?  Isn’t it a term relative to whatever your intentions were when you set out to do something?  Since we all have different intentions and reasons for doing things, our success or lack thereof is personal and subjective.

So after I stumbled onto this subject, I did some thinking myself and I realized that perhaps the seed of blogging was planted in me many years ago before computers lived in every home and the internet was available to open our innermost thoughts up to the scrutiny of a whole world.

There’s always been a bit of a writer in me.  In elementary school, I enjoyed creative writing assignments, and in high school, I often wrote stories on my own time just for fun.  Sometimes I wrote stories about the TV characters I liked as if I were writing an episode here and there.

I thrived when it came to essay questions on exams while others cringed and bit their lips, because I was great at memorizing material, and having the opportunity to express my own interpretations of everything in my head was much better for me than tricky multiple choice or direct question and definite answer tests where you were either right or wrong.  One of my clearest memories of this is a year-end high school final exam that was just four essay questions and nothing else.  I can still see myself sitting there in a gym filled with students, looking at it with joyful anticipation.  I think I heard several gasps around me once the start timer went off, but I was in my glory.

I had no issues with book reports; in grade twelve I wrote one up in its entirety while working coat check at a New Year’s Eve parish dance, and it earned me an 87% grade (not bad for a book I didn’t actually read … well, OK, refused to read, but that’s another story…)  and I loved writing essays.  I especially enjoyed having the chance, in a grade eleven Social Studies class, to write an opinion piece.  I believe this particular paper was one of my first open expressions of an opinion I knew wasn’t necessarily shared by my intended reader.

My teacher gave me an “A” for my writing, even though he would have a few comments to make about the subject and my position on it the following year during a parent-teacher conference, although I had him for a different subject at that time.  Actually, it was grade twelve English and he was the teacher responsible for the above-mentioned book I refused to read!  But that entire humorous event (well, humorous to my parents and I, not so much to the teacher…) would take too long to describe here and might make a good start to another post.

If there had been a blogging world at that time, I would very likely have been part of it.

I never was, nor do I ever desire to be, a public speaker.  You won’t see any TED talks with me addressing topics or teaching anything.  The people who do it are great at it, but that’s just not my style and it doesn’t fit well with my personality.  I’ve taught things in small groups where I’m confident in the subject matter, but it’s a nerve-wracking experience overall and I no longer feel the need to force myself into those situations.

Some people might believe that people like me throw out our ideas and perspectives in writing rather than in person because we’re hiding behind our computers, not wanting to face the reactions our opinions produce.  Maybe some cowardly people do this in hopes of avoiding repercussions, but the rest of us – most of us – aren’t hiding from anything.  We’re just much better able to convey ideas in writing than out loud or on the spur of the moment when the subject matter comes up.

I’m quite fine with facing any responses to what I write, and if I end up in a conversation  in person about anything controversial, I’m fine with respectfully expressing my opinion and taking whatever comes back at me.  In high school I was quite often a single voice standing up for what I believed in regardless of what was being taught to me, even at the risk of drawing undesired attention or losing marks, because even though I’m generally not good at speaking publicly, I won’t sit quietly when something important to me is squashed or mocked, or if I’m feeling forced to do or accept something that goes against my personal beliefs.  I stood up to the group of boys verbally bullying a disabled girl in school.  I am definitely not hiding.

Some people like to talk about all their ideas, some like to write about them.  My son – a champion talker who is making very good use of his gift in building his business – asked me as a kid why he had to sit down and write a book report when he could give me in a short half hour a very accurate oral presentation about everything he was supposed to know about the plot, characters, and other book report-ish stuff (we homeschooled and yes, his speech would have rivalled any written report and probably included a lot more dynamic expression too, a skill of which I was often envious).  I told him – as any teacher would – that the purpose was to learn to write properly and to express things in writing.  He scoffed at the idea and grew up to become a national award-winning salesman.  I think he “writes” cheques.

I first started blogging with some craft projects I was doing a few years ago because it seemed like a fun idea and I saw that others were using blogs to share their crafts.  I posted pictures of cards I was making and included information about the supplies and techniques used so others could find ideas as we all do when we come across someone else’s projects.  But it wasn’t really a writing blog and I eventually lost interest.

This blog you’re now reading came about when I decided I would eventually share the story  of our journey through the tragedy of my husband’s traumatic brain injury.  I started by writing a few posts on unrelated topics and when the time felt right, my regular posts shifted into the originally planned subject and became a journal of sorts.  I was told a couple of times that I should write a book about it, but that didn’t seem like something I wanted to do.  I didn’t want to write about it because I had to (with deadlines and scrutiny and publishing etc.) but because it was therapeutic for me and I hoped it would maybe help someone else in my position.  Blogging was more relaxed and flexible.  It became a way for me to express myself, my pain, my sorrow, my perspective on life, faith, tragedy, loss.

And then after we lost my husband last year, it became a place for me to share what that meant, how I was finding my way, along with some humour, ideas, opinions, struggles and all kinds of real life stuff that is sometimes hard to just openly talk about (no, I’m still not hiding!) because organizing thoughts into written paragraphs doesn’t happen for me on the spot in a conversation.  It happens while I’m out for a walk, or while I’m sewing a quilt top together, or when I’m reading the news.  I process.  And then I write.  And somehow it does me good to do this.  If any other person finds anything comforting, funny, or helpful here, that’s great!  Writing is good for my brain; it keeps me thinking, learning, reflecting and processing.

So do I consider my blog successful?  Is it what I wanted it to be?  I think so, yes.

According to what I read yesterday, in order to have a successful blog you need to post almost daily and write about a variety of topics in order to gain followers and drive traffic to your blog.  Well, I don’t post daily.  I do have regular followers, but I’m not driving a lot of traffic here.  Do I need to?  I’m not selling anything here and I’m not expecting this blog to go viral and make me rich.  I’m not interested in writing things that will make money or bring me fame, haha.  If by some freak event this were to happen, then I would HAVE to write.  I don’t want to HAVE to do the things that I currently enjoy doing because they will become work rather than simple pleasures.  Would I like to be paid to write?  Sure, that could be fun, but only as long as it didn’t require me to give up the rest of the things I like to do.

I think the hints I read about are great for people who want to make blogging part of their paying job, a supplement, or who need to drive traffic to a blog in order to advertise or promote products, books, etc.

If people read my blog, like/share a post, or leave a comment, then of course as a human being I appreciate that and it reminds me that I’m not just writing in a void.  If a publisher is somehow led to my original journal about Pat and thinks it would make a good book, I wouldn’t scoff at the idea.  But I’m happy just being here, writing when I feel inspired, and sharing – not hiding – my unique perspectives and day to day thoughts.  If nothing else, one day my kids will have a lot to look back on that will remind them I was always thinking, that I wasn’t afraid to stand up for what I believed in, and that I spent time doing something I enjoyed.

(By the way, the teacher mentioned above was a good guy.  In his defence, I don’t think he’d ever encountered a student like myself who refused to conform on principle and didn’t care about the consequence.  He couldn’t break my spirit and I think it baffled him a bit.  I bet by now you really want to hear the whole story, don’t you? Watch for the two-parter next week, “Rebel with a cause“…haha)