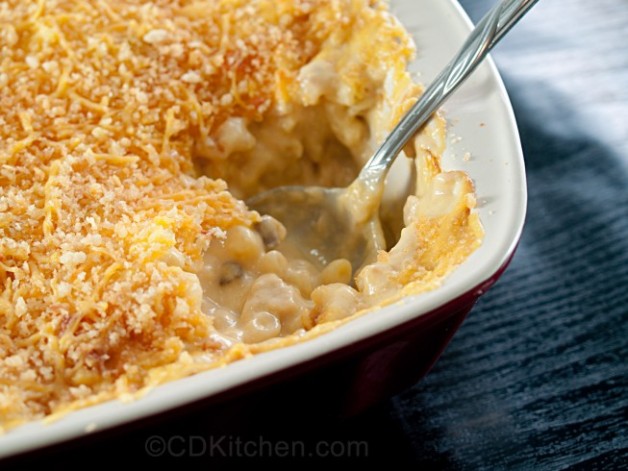 Breakfast might be the most important meal of the day, but lunch is my favourite and I’m making that work to my advantage.  Not sure what’s up with my posting about food and cooking two days in a row, but I decided to write about something today and it just happens to be food related, but it’s also related to “Reinventing Ann” so bear with me.  No comments from the peanut gallery about me and food.  Clearly, I love food, so let’s get that out of the way.  I can hear you even if you are whispering…

Here’s the deal:  I grew up in a meat and potatoes for supper every night household.  That’s what my dad liked, so that’s what we got.  I have no problem now with the fact that mom honoured dad’s preferences, but back then I did have an ongoing problem with boiled chunk potatoes.  More on that later.

We packed lunches on most school days until we were teenagers and dad’s work schedule allowed him to pick us up on his way home for lunch. Then we got cool stuff like macaroni casserole with mushroom soup sauce and onions and oh my goodness.  I have to stop here and say that this was a comfort food for years and if I wasn’t avoiding wheat I would still be eating it.  I even remember one day when things weren’t going very well at school and I was so happy to find out mom was making it for lunch that it lifted my spirits right up.  (OK so now you can detect the beginnings of emotional eating but seriously, that stuff was to die for).

But for dad, certain foods were for only for lunch just as others were only for supper.  And you didn’t confuse them and put, say, pancakes on the supper menu.  Supper was meat and potatoes. Well, sometimes we had rice, and in later years some Chinese take-out, but not nearly as often as those boiled chunk potatoes.  When he started having to go away on weekends for meetings once in a while, we went into pasta and pizza mode.  Sure, we missed him for a couple of days, but oh that glorious Italian food!  We would start planning our alternate suppers a few days before he left.  I’m sure he knew.  And he was probably glad because it meant that once he got home he wouldn’t have to deal with such crazy ideas.

So I imagined my world as a grown up when I would never again eat boiled chunk potatoes.  I planned to mash them.  Every time. Whether there was gravy or not.  And I did.

But getting back to the lunch thing…

I had a friend in junior high school with a German Gramma. One day, she invited me to go with her to her Gramma’s for lunch, and when we walked in the door I saw the dining room table spread out with roast beef, potatoes, vegetables, and an array of other wonderful things that German Grammas love to keep passing under your nose and encouraging you to eat and I’m sure my jaw probably dropped.  There was even dessert.  This was supper, not lunch!  And I sat down to experience this new way of eating, which my friend assured me was what lunch there looked like every day.  I went home and told my mom about this amazing spread and she enlightened me as to the European way of having the big meal in the middle of the day.

As I got older I found out that it’s actually healthier to eat this way, but unfortunately not always practical when your husband has been working all day and needs a big supper at the end of it.  So naturally, we did the typical small lunch big supper thing in our home as well, and I dreamed of retirement when we could change it up.  I seriously planned to change it.  In fact, when he had days off and we were gone to the city, we’d end up having treat lunches that were larger than at home, and often I wasn’t hungry for supper. After Pat teasing me about it enough, it became a standing family joke that on those days the kids better eat up because there would be no supper!

I’m not sure why, but once I found myself on my own I was no longer thinking about the plan to change my meals around. I guess there have just been too many other things to get used to in this new stage of my life.  But recently a lightbulb turned on in my head (I’m down to about 60 watts now that I’m over 50) and I realized that I could schedule my meals any way I like because it’s up to me, so why was I not making the switch that I always wanted to make?  This realization does, of course, bring sadness because obviously if I had to choose between having Pat to cook for and putting my big meal at lunch time instead of supper there would be no contest.  But because things are as they are, I went with it and started doing my main meal at lunch and I love it!  I’m always hungrier at lunch; I’m up very early and using energy all morning so this way I’m eating when I’m really hungry and spending the rest of the day burning up the calories, and if I’m really working hard on something I can just keep going all afternoon without having to stop and cook.  Sometimes I eat a small supper, and sometimes I just have a snack.  But I feel better in the evenings and overall I’m eating less but enjoying it more.

One plan I did stick with all the way through was avoiding those boiled chunk potatoes.  I mashed them all.  Every time.  Whether there was gravy or not.

And then my daughter piped up one day and told me that she hated mashed potatoes and wished we could just boil up the chunks and leave them like that.  Go ahead and laugh!  What else can you do?  That’s what happens when you swing a pendulum!  So I started to take a few chunks out for her and mash the rest and we were both happy.  Thankfully, Pat never cared what the potatoes looked like (clearly our son didn’t either because I don’t remember him ever saying a word about them and with all the words he said about everything else, I’m sure I would have known).   And he would eat pancakes, eggs, cereal or even macaroni for supper.  He never complained if we switched things around. As long as he didn’t have to eat vegetables.   But that’s a whole other story …

Ann is a deep thinking introvert whose days are filled with quilting, writing, spending time with family & friends and enjoying simple things. Some shared thoughts are personal and emotional, some are humorous, some are opinions and some are controversial. But they're all real and honest: some readers might find comfort, others might take offence. She welcomes comments and discussion and is open to learning from the perspectives of others.