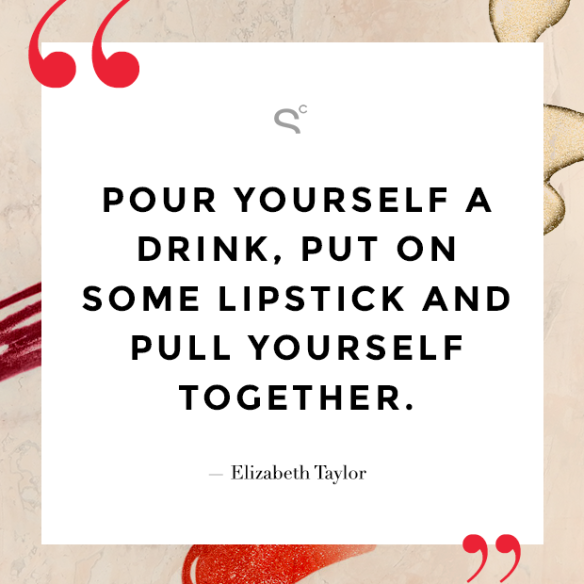 I want to talk about strength in adversity.

Some believe staying strong is a “choice”, that people can decide what to do with their difficult circumstances, and that one’s ability to face them comes from strength, while another’s inability – and possibly their choice to back away altogether – is a weakness.  I disagree.

I’d like to start out by taking this immediately to the extreme in suggesting that the choice is not about whether to endure a suffering with strength or to bemoan it and walk away in weakness.  The choice is made on a level much more basic, yet rarely discussed openly: do I want to live or do I want to die?

I’ve encountered various perspectives in my own journey, here a just a few:

“all things are possible with God”

“good things come to those who wait”

“all things work together for good for those who love God”

Yet, I’ve seen people of faith crater in desperate ways, myself included; I’ve watched – and endured – situations that God could have fixed end badly; I’ve watched people wait and wait and wait – and I know what it’s like to wait – to end up with a result that is not “good” by any human perception;  I’ve watched – and endured – situations where God loving people have lost everything.  Did I – or we- do something wrong to affect whether or not the blessings came?  I doubt it.  But for a while, it certainly did cross my mind, and that in itself was damaging.

Does this mean I don’t believe the above statements? No. I just don’t believe they always apply to life on earth.  Like many religious verses and cliches, I take them with a grain of salt (partly because salt often gets rubbed into wounds while waiting on God) because while most of these things are conceivably true in the realm of heavenly life, they often don’t show themselves to be true in earthly difficulties.

One person of faith appears to be strong, another – sometimes stronger – person appears to have no faith.  The same is true of apparent weakness, regardless of faith.  I also believe that people of no faith sometimes turn to God in adversity because they are desperate and hoping that developing faith will fix their situation and again, sometimes it appears to do just that, and sometimes it doesn’t.

I don’t think God gives some people more strength than he gives to others, depending on how good they are, how much they pray, how much faith they have, or any other gauge of entitlement.  I don’t know how or why it comes or doesn’t come, but I don’t think we are necessarily in control of it.

I believe that people who appear to be strong in the face of great tragedy have chosen to live.  But they aren’t necessarily thinking of that as they go along.  They just know that there really isn’t any choice but to step up and face whatever comes along – sometimes with a good attitude, sometimes not – because they are still alive and there is no choice for them but to keep going.  Morning will come and night will come and they will still be here, so they keep going.  And whether or not they do it with optimism or negativity, as long as they keep going they have chosen to live.  They haven’t necessarily chosen to be strong, to endure their difficulties with hope and faith – some might, but not all – they might smile one day and scream the next, but they are alive.

This brings me to the other choice, which is to die.

While I’m not of that mindset, in keeping with the topic of this post I would say that I can humanly understand how some people could come to a point in their lives and their suffering when this choice is something they consider.  So it’s possible to be open to and even sympathize with the perspectives of someone with a differing view, without actually agreeing.  I don’t consider these people weak.  I just see that they are making a choice based on experiences and issues that are their own.

I don’t like the assumption that the way people handle certain things determines for others whether or not they are “strong”.  I don’t think pictures and comments reminding people that the best way to deal with life is to stay strong, think positively, stay hopeful, and keep the faith are helpful to everyone.  Inspiration can come in various ways depending on what a person needs at the time, but I often notice that quotes with less-than-optimistic themes – however real they might be – are frowned upon.  I think all this sets us up for comparisons, either those that others might make or those that we make ourselves when we feel that perhaps we aren’t as strong as we should be in similar situations, because we see others coping in ways that we don’t. What helps one person get through a hard time might for another person be a catalyst for further grief and pain.

I don’t want to see myself as strong or weak based on how I handle or react to things I face, or on how others might perceive me.  Am I “strong” when I’m having a good day and then not “strong” when I’m having trouble coping?  If my day doesn’t measure up to the words on the picture someone posted about never giving up, does that mean I’m not trying hard enough?

I’ve realized that many times when I’ve felt overwhelmed, beaten down by one thing after another and left feeling as though there is little to nothing to be hopeful about, I’ve chosen to keep going because I’m alive and as long as that is the case, I need to go on because the days will pass regardless of my ability to cope and I will wake up in the morning to do it all over again. Some days will be good and others awful.  I won’t always be able to smile and pretend, sometimes I will scream and cry and wish to throw back whatever has been dealt to me.  Some days I will feel hopeful and believe that God is helping me and other days I will see things as gloomy and sad and I will feel the loneliness that chokes me.  But that’s the way it has to be because I want to live. I’m a human being, complete with strengths and weaknesses, who has chosen to live. And in choosing to live, I have no other choice but to endure what comes my way, because it will most definitely come as long as I’m moving forward.  Sometimes being alive hurts.  So why aren’t pictures with quotes reflecting that truth welcomed and as widely spread as those that, in efforts to uplift, can become constant discouragements?

I think it’s more accurate and more real to see that this isn’t about being strong or not strong.  It’s about a choice between living or dying.  It’s better to focus on what the choice to live looks like – with both the good and the not good times – than to try to come up with some picture of what “strong” looks like.  Strong is a good adjective for cheese, for a body builder in a competition, or for a quilting thread!  But it’s not so great at describing the emotional depths of a human person.  Being strong isn’t my goal.  Living is.

So some days I leave the house smiling, energetic and ready to greet the world, and other days I have to splash cold water on my face, put on some lipstick and leave the house only because I really just want my mail, hoping no one will be able to tell I’ve been crying (I’d pour a drink too, but I have a policy never to drink alcohol when I’m mad or sad…), but either way, I’m alive 🙂